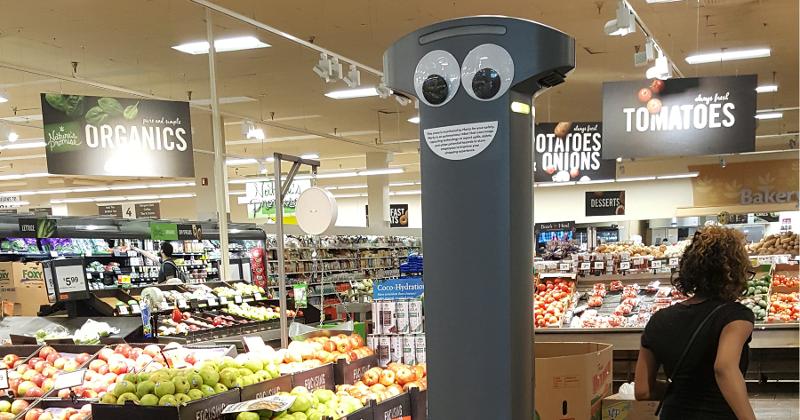 In this third installment of a four-part series on robots at retail, I take a closer look at Zippedi and Badger—two tech companies rolling out innovation to retailers around the globe.

From what I have observed, Zippedi strategized and played its cards well. It built, tested and matured its rough-around-the-edges robot in stealth mode across South America at several large retailers. Last year, it partnered with one of the biggest home improvement chains in the U.S. and now—in less than a year since its launch—it will be in over 100 stores. This is a monumental task considering the complexity of the home improvement retailer environment. If you make it there; you can make it everywhere.

Zippedi’s mature leadership and learnings from previous ventures, addressed key points to success early on. Luis Vera, CEO of Zippedi told me, “One of our co-founders and I pursued the robot solution with an 18-month implantation in a major retail back in 2013, but at the time we determined that the technology was not mature enough for achieving the 90%-plus accuracy that is required for an OOS solution.

“Like James Cameron with ‘Avatar,’ [we] decided to shelve the project and wait for technology to catch up. In 2018 we founded Zippedi knowing that with the advents of ML [Machine Learning] and IR [Information Retrieval], the time was finally here,” continued Vera. “Having this level of accuracy, we used our vast retail industry experience to innovate on our go-to-market model and are now able to deliver an OOS solution that is literally a fraction of the cost of what other players in the space have been able to do in the past. The tech-plus model has put Zippedi in a position to win big time.”

Zippedi’s work on being accurate and autonomously at scale from inception was not an afterthought. The price point and vendor collaboration model was also something that they worked on and proved in South America at several retailers. It will be interesting to see how it moves to the next phase of its solution now that fixed cameras and other handheld solutions are starting to gain traction.

Read more on retail robots in part one and part two.

Badger with its rugged looking floor inspection robot, softened with the addition of a set of googly eyes for Ahold Delhaize USA’s Giant/Martin’s and Stop & Shop banners, is building on its successful completion of rolling out more than 550 robots in a year.

Recently, they entered the home-improvement/D.I.Y. market segment with the announcement of a pilot with Busy Beaver Building Centers, which is testing the multipurpose robot’s ability to monitor on-shelf availability and planogram compliance. This is in addition to other ongoing deployments and pilots at retailers throughout the U.S. and internationally.

Badger is gaining momentum with PatrolBot, which addresses the security guard industry’s operations to verify that windows and exits are secured and floors are free of debris. Badger’s security-patrol, floor-inspection and shelf-monitoring applications can be implemented as a three-in-one modular solution, enabling retailers to deploy additional functionality to accommodate increasing retail automation and data collection demands.

Badger Technologies added a standalone ultraviolet (UV) disinfecting robot to elevate health and safety in grocery and retail store environments. Badger UV Disinfect Robot represents a collaboration with Ultraviolet Devices Inc. (UVDI) to combat high-risk pathogens including COVID-19. It is currently being piloted in both retail and healthcare settings.

Understanding that a shelf insight robot capability is far more complex than spill detection, I would expect Badger to take advantage of its existing robot presence at Ahold Delhaize USA banners to quickly transition them to the new and more capable version. With the support of Jabil, a $29 billion strong manufacturing company, Badger Technologies can make moves that other startups cannot easily take on their own. Of course, this assumes the shelf insight robot can deliver accurately, repeatedly and autonomously at scale.

Georges Mirza develops retail/CPG market-leading industry changing solutions. He has led the charge and established the roadmap for robotic indoor data collection, image recognition and analytics for retail to address out of stock, inventory levels and compliance. He currently advises companies on how to strategize and prioritize their roadmaps for growth. Follow him on LinkedIn, Twitter or contact him directly by email.

WANT BREAKING NEWS AT YOUR FINGERTIPS?