U.K.-based Monument Therapeutics hopes to overcome limitations of treatments for schizophrenia drugs with a study of its proprietary non-invasive biomarker for cognitive impairment.

The company announced a pioneering preclinical study in collaboration with the University of Nottingham to support its biomarker in schizophrenia. Currently, there are no treatments on the market for cognitive impairment associated with schizophrenia. Limitations from previous schizophrenia studies included the issue that the entire population of patients meeting schizophrenia diagnostic criteria are unlikely to all respond to the same type of drug.

Monument’s approach solves this issue through the use of a non-invasive digital biomarker to identify the sub-group of patients with schizophrenia that have a common neurobiological underpinning. The company said this allows the definition of specific patients for whom the target compound will work, greatly increasing the chance of trial success and ultimately allowing a precision medicine approach to this disabling psychiatric disorder. The first human studies in this program are scheduled to start in 2022.

Kiri Granger, chief scientific officer of Monument Therapeutics, said the goal is to combine its proprietary digital biomarker and experience in schizophrenia with the preclinical expertise of the University of Nottingham team in order to bring hope to this patient population. Schizophrenia affects around 20 million people worldwide.

“We are very excited to partner with Monument Therapeutics in this innovative drug development program. The team here at the University of Nottingham… aims to provide preclinical proof of mechanism evidence for the biomarker and drug combination to demonstrate pro-cognitive effects prior to moving to clinic. The preclinical work will capitalize on our long-standing experience with animal models relevant to schizophrenia to determine efficacy, safety and dose selection for the compound,” Paula Moran, Associate Professor in Behavioral Neuroscience at the University of Nottingham, School of Psychology, and study lead said in a statement.

HutchMed – China’s HutchMed has initiated a Japan registration-enabling bridging study for surufatinib to support the registration of surufatinib as a treatment of patients with advanced neuroendocrine tumors. The first patient was dosed Sept. 15. The study is a two-stage, open label study of surufatinib where approximately 34 patients are expected to be recruited. Surufatinib is the third potential new medicine discovered by HutchMed to enter into clinical development in Japan.

Additionally, HutchMed launched a Phase III study to assess surufatinib in combination with toripalimab in comparison to Folfiri as a treatment for patients with advanced neuroendocrine carcinoma (NEC) who have progression of disease or intolerable toxicity after previous first-line chemotherapy. The first patient was dosed on Sept. 18 in China. 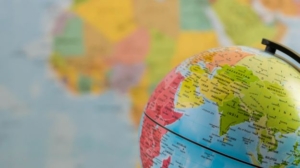 RhoVac AB – Sweden’s RhoVac’s Phase IIb study of lead drug candidate RV001 in prostate cancer, BRaVac, has been fully recruited. Top-line results of the study are estimated to be at hand in the first half of 2022. In November of 2020, the U.S. Food and Drug Administration awarded RhoVac’s RV001 Fast Track Designation in this indication. The objective of the study is to show that RV001 can significantly prevent or delay disease progression in these patients, something for which no standard therapy is currently available.

Genmab A/S – Denmark’s Genmab was awarded accelerated approval by the FDA for Tivdak (tisotumab vedotin-tftv), the first and only approved antibody-drug conjugate (ADC) for the treatment of adult patients with recurrent or metastatic cervical cancer with disease progression on or after chemotherapy. Tivdak was approved based on tumor response and the durability of the response. Continued approval may be contingent upon verification and description of clinical benefit in confirmatory trials.

Metrion Biosciences – U.K.-based Metrion has moved to a new headquarters in Cambridge. The new headquarters will allow the company to significantly expand its range of services and cell lines. The 12,000 square-foot facility more than doubles the company’s laboratory space and has been specifically designed to support the addition of Good Laboratory Practice (GLP) compliant cardiac safety services and expanded cell biology facilities. The new laboratories provide significant additional capacity for ongoing and future client projects, and dedicated laboratory space for the introduction of 384-well format automated electrophysiology and enhanced liquid handling. Metrion has increased its headcount by 50% over the past three years and is actively recruiting.

Enlivex Therapeutics – Israel’s Enlivex initiated dosing in its Phase IIb clinical trial evaluating Allocetra in severe and critical COVID-19 patients with acute respiratory distress syndrome (ARDS). The Phase IIb trial is expected to recruit up to 152 severe or critical COVID-19 patients in clinical centers in Israel and certain European countries. It is designed to assess the safety and efficacy of Allocetra when administered in addition to standard-of-care treatment.

Rentschler Biopharma SE – Germany’s Rentschler is donating €50,000 to support the creation of the Albert Einstein Discovery Center. The center is intended to make the physicist’s legacy not only understandable but tangible to the public.