“In the estuarine plains of crisscrossing information, history, society, and culture collide and intersect with genetics, like tides. Some waves cancel each other, while others reinforce each other. No force is particularly strong — but their combined effect produces the unique and rippled landscape that we call an individual’s identity.”

“Is who we are the same as who we believe ourselves to be?”

As one of the 135,000 children adopted in the United States in 1964, I was possibly — let’s say probably — conceived in error and birthed in shame, then taken away to become another couple’s dream come true. But I don’t know for sure. For decades, thousands of adopted individuals seeking to fill in the blanks of their beginnings have started by requesting their original birth record from the vital statistics office where they were born. Today, if I wanted to know how I came into the world, any of the consumer DNA test kits that have emerged on the market would seem to offer a shortcut to hunting down not only my birth mother, but other relatives as well. Yet I couldn’t be less tempted.

Apparently I’m in the minority. Back in early 2019, MIT Technology Review estimated that more than 26 million people had added their hereditary material to commercial health and ancestry databases, and the market is expected to be worth almost $1.1 trillion by 2026. For a while those kits seemed to be what everyone was giving or receiving as a gift, or simply ordering for fun. If the Internet headlines were to be believed — “I took 9 different DNA tests and here’s what I found” — some folks were leaving no chromosome unturned.

Indeed, so many people seemed to be swabbing and spitting that I began to wonder if I were missing something. Maybe there were rewards to becoming acquainted with one’s genome that I had failed to imagine. I’d never given the ratio of the length of my index finger to that of my ring finger a second thought, but maybe discovering it would unlock some life-altering insight. And if that happened, what might learning the genetic type of my earwax tell me about my place in the human family?

To try to understand the appeal of genomic self-knowledge, I polled friends, colleagues, and acquaintances who had taken a DNA test about their motivations. They were all generous and open with their answers. A few offered straightforward, even practical reasons: a coworker, who’s adopted, wanted insight into her potential medical risks. A Black friend wanted to counter the longstanding unknowability of her ancestry due to the lack of vital records for generations of African Americans. A former colleague wanted to test the truth of the rumor that her grandfather was part Native American. (He wasn’t.)

But mostly people said they were simply curious; a lot of that curiosity was “what’s my background” general, while some was “why am I the only one in my family with brown eyes” specific. The husband of a friend said — only half-joking, I think — that traveling to the British Isles to research the forebears he’d learned about through his test results was a good excuse to drink great beer and whisky.

One woman offered deliciously, “Being a melted version of a lot of others made me want to know my ingredients.”

Apart from some misgivings about privacy, no one I asked reported being especially worried as they shipped off their saliva, and except for being startled when they found out just how Neanderthal they are, no one related any bad surprises — except for one friend. This woman is a force of nature — smart and sassy, with a long and successful career in communications at Ivy League medical schools. She also has two daughters, both adopted and in their 50s, like me. A couple of years ago, she got DNA kits for her family on a whim, and got more than she’d bargained for.

Not only did her husband discover he had a niece he’d never heard of (someone his brother swore he knew nothing about — hmm!), her daughters each “found” their respective (and very different) birth families and are now in contact with them; one daughter has even met some family members in person. Even as she admitted that her daughters’ meeting their biological relatives was an understandable next step, did that step make my normally fearless friend feel insecure? Yes, yes it did. While fully supporting her daughters’ choices, she found herself fighting off the question, “Will they like their birth families more than our family?”

These DIY DNA companies now possess billions of records and have generated millions of family trees. Their success might partially lie in their marketing, which is undeniably alluring. A pretty array of rainbow-colored chromosomal pairs parades across the 23andMe saliva collection kit, whose seductive tagline murmurs “Welcome to you.” AncestryDNA beckons with the slightly more ominous “Every family has a story” and the sort-of-clever “Know your story from the inside.” Its website features tales of men and women who, seeming to have solved the mystery of themselves, went on to radically change their lives. After learning that her adventurous spirit was “in her bloodline,” we’re told, Heidi left her job and found her “rightful place” leading eco tours through the Florida swamps. That’s great for her, but still I wondered why she thought her adventurous spirit had to come from someone else. Why wasn’t it enough that it was hers?

I understand groups for whom kinship derives from lineage. And I get that the burgeoning genetic databases enrich the work of genealogists. Genealogy surely has its pleasures: it’s historical, microfiche-y detective work that can reward patience and perseverance with entertaining or astonishing discoveries. It imposes order on the chaos of the past, bringing blurry individuals into focus — individuals whose coming together eventually led to one’s own here-and-now. And it can simply be beautiful. Those branching, cascading genealogical charts have a fractal elegance to them that is part military parade and part ballet, like the grand finale of an Ice Capades show.

But even taking into consideration the inspiring anecdotes of self-discovery or the fact that the databases are being used to solve decades-old murder mysteries, such as that of the Golden State Killer and several other cold cases, I still didn’t care what my deoxyribonucleic acid had to say. I mean, I’m adopted, not orphaned: I have not only a family but also a family tree, and a place on a branch of that tree. For me, blood and belonging are as unrelated as apples and rocks. I’ve tried, I really have, to conceive of feeling connected to my parents not because they brought me home but because of something in the blood running through our veins. But that’s like imagining sex as a man: I can sort of guess at what it’s like, but I’ll never really know in any embodied way. In her book, “The Girls Who Went Away,” the visual artist, filmmaker, and author Ann Fessler writes that “for adoptees the adoptive family is their family.” And it’s true: though they’re both dead now, my parents were always my real parents, my grandparents uncomplicatedly my real grandparents, my cousins, real my cousins. To flip this question, would I feel less connected to my children if I had not carried them in my body? The idea is absurd. I love who they became in the world, outside of me. 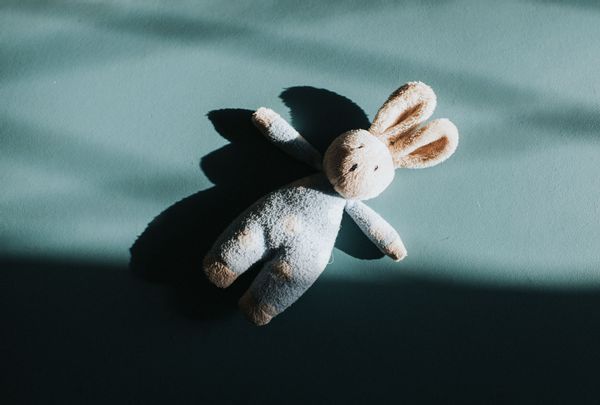 Of course, adoption stories are not always happy ones. To the poet and visual artist Mary-Kim Arnold, a Korean-American adoptee, adoption has felt very different than it has to me. In her fiercely intelligent and lyrical book “Litany for the Long Moment,” Arnold probes her sense of loss and longing — what academics might call “ambiguous loss” — for the missing details of her beginnings and the mother she never knew, and for the country, culture, and language that might have been hers but were not. In “Litany” she is “writing into the rupture,” trying to fill the void of her first two years — the “possible selves” she might have become — drawing on words, photographs, letters, and government documents, on records from the Orphans’ Home of Korea, where she lived as a baby, and on works by other artists, writers, and scholars. In the end, though, these are not enough to provide what she so badly wants to…

Read More:23 and Not Me: As an adoptee, I’m not even remotely tempted to take a DNA test