Scanners for avocados and your brain: Highlights from CES 2023

The iSyncWave headset performs brain scans and is touted as being able to diagnose cognitive disorders. — © AFP

At the annual CES tech show in Las Vegas, hundreds of start-ups presented products aimed at improving health, education and work, increasing productivity and helping to save the planet.

Here are some highlights from the 2023 edition of the popular gadget fest, which ends on Sunday:

Like the Sorting Hat in the “Harry Potter” book series, the iSyncWave sits atop your head, does a quick analysis of you, and reads out its results.

A device developed by the start-up company OneThird tells consumers if their avocados are ripe or not – Copyright AFP Patrick T. Fallon

But this gadget isn’t magic.

Developed by iMediSync, the headset performs an electroencephalogram (EEG) and uses artificial intelligence to predict potential risks of cognitive issues, including Alzheimer’s disease, within 10 minutes.

The South Korean company believes its headset could drastically reduce the financial cost and time needed to do such diagnostic tests.

The device could also possibly be used one day to perform certain therapies for neurodegenerative diseases.

The start-up OneThird, which aims to fight food waste, presented its infrared device that “scans” avocados — for which ripeness seems to be a roll of the dice. 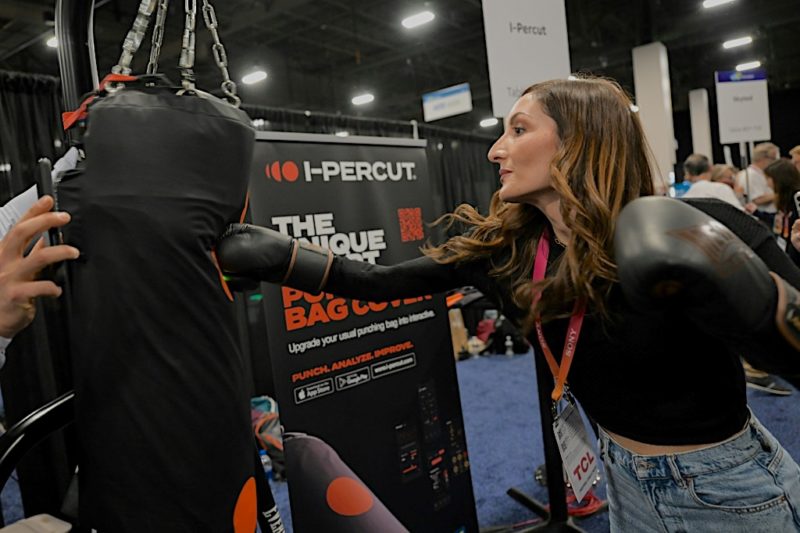 All one has to do is hold an avocado under the scanner, then algorithms determine whether it is “not yet ripe,” “ripe” or “overripe,” presenting a color-coded response on a mobile app.

The device is also touted as a way of preventing supermarket customers from squeezing avocado after avocado, which can make them spoil quicker.

The company takes its name from the fact that one third of global food products go to waste.

As computers increase in complexity by the day, many startups are facilitating communication with tech, especially for people who don’t know how to code. 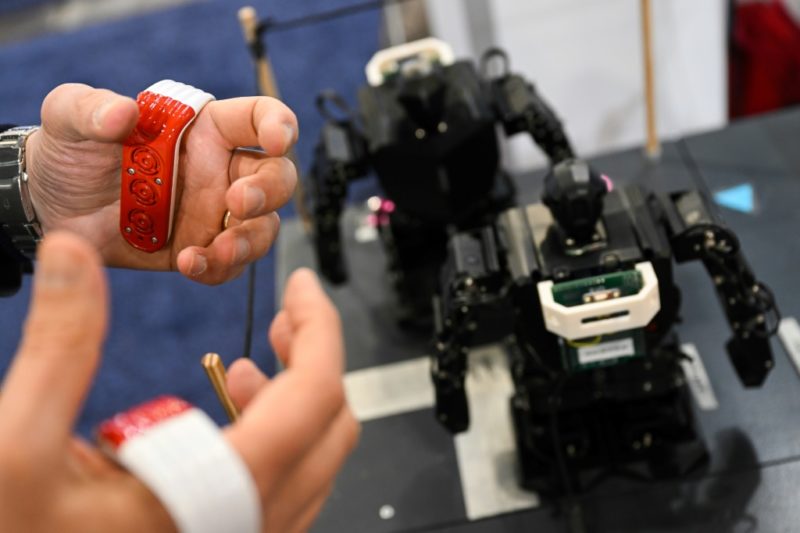 Demonstration of Tactigon’s system to teach movements to a robot without having to program it. — © AFP

The device imitates her immediately by clapping. She can also use it to teach dance moves to the robot.

“We are now using voice commands and gestures because we need to have a more natural interface with the digital world,” says Massimiliano Bellino, boss of Tactigon parent company Next Industries.

“We need to humanize interaction with the digital world,” he adds.

The Italian company’s suite of software, based on artificial intelligence, is designed in particular for factories, so that technicians can teach robots to perform tasks instead of having to program them manually.

Tactigon promises productivity gains of 30 percent thanks to its algorithms. 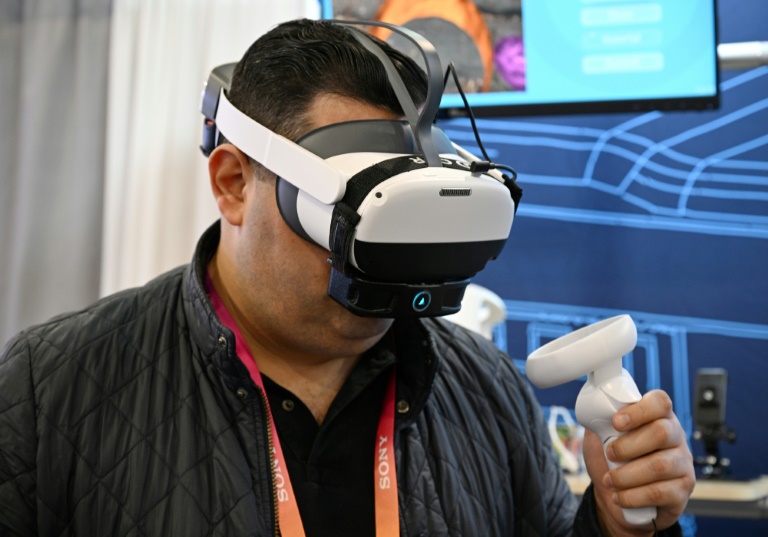 A man at CES tries out OVR Technology’s ION 3, which emits smells when a user interacts with items a VR environment – Copyright AFP Robyn BECK

The I-Perskin, a wireless sack that slips over any punching bag, features light-up targets and flexible electronic sensors that guide workouts and analyze the user’s strength and accuracy.

The French startup that designed the cover, I-Percut, intends to sell it initially to gyms.

New Device Opens up a World of Potential Applications in Optics