Most Asian markets enjoyed a rare advance on bargain-buying Thursday, tracking a Wall Street rally after a series of losses, though the dollar resumed its upward march with the Federal Reserve expected to announce another bumper interest rate hike.

Equities have been ravaged for weeks by fears that global central bank moves to rein in runaway inflation by ratcheting up borrowing costs will spark fresh recessions in some leading economies.

In turn, the greenback has moved ever higher against its major peers as investors flood into the currency hoping for better returns and as a safe-haven hedge against uncertainty and worldwide turmoil.

On Wednesday, the US unit hit a 37-year high against sterling, while it was also closing in on a 32-year peak above 147.60 yen owing to the Bank of Japan’s refusal to tighten its monetary policy, seen as the key driver of that rally.

Still, Japanese officials said they were tracking the price movements and hinted at possible action if things did not improve.

The euro is holding its own for now, ahead of a hefty expected rate hike by the European Central Bank later in the day.

While the dollar saw a brief moment of weakness Wednesday, observers are certain it will continue to attract strong interest for as long as the Fed keeps ramping up interest rates.

Those views were justified by Vice Chair Lael Brainard, who warned that policymakers will keep hiking rates until they have finally brought prices under control.

“We are in this for as long as it takes to get inflation down,” she said in comments prepared for a conference in New York, adding that she understood this would have a severe impact on families.

The rate “will need to rise further” and “policy will need to be restrictive for some time to provide confidence that inflation is moving down to target”, she said. 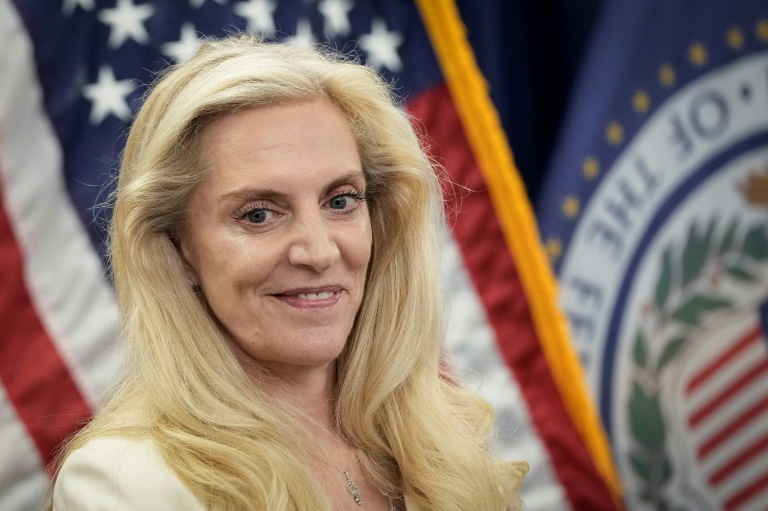 The Fed holds its next policy meeting on September 21, with a third successive 75-basis-point lift forecast.

Equity traders mostly followed their US counterparts in returning to buying, with many believing the market had fallen too far too fast.

Tokyo led the gains, helped by data showing the Japanese economy performed better than initially thought in the second quarter, while there were also gains in Shanghai, Sydney, Seoul, Singapore, Wellington, Taipei, Manila and Jakarta.

Still, the mood on trading floors remains downbeat, with news that China had extended a lockdown in the megacity of Chengdu adding to worries about the world’s number two economy as officials stick rigidly to their growth-killing zero-Covid strategy.

The shutdowns in China, which have impacted tens of millions across the country, were adding to hefty oil sales as traders fret over the impact on demand.

The commodity was already under pressure owing to bets on a recession caused by bank rate hikes, with both main contracts down around $50 from the peaks seen in the immediate aftermath of Russia’s invasion of Ukraine. They are now around eight-month lows.

And while Brent and WTI rose Thursday, they were nowhere near recovering the previous day’s rout of more than five percent, which came despite Russian President Vladimir Putin warning he would cut off energy to Europe if it imposed price cap sanctions.

“Some bargain-hunting buying is to be expected after a dive like” Wednesday’s, said Vandana Hari at Vanda Insights.

Still, she added that “the approach of the September 21 Fed meeting, where another 75-basis-point rate hike is expected”, could add headwinds to crude.

Review: Blondie headlines The Paramount on Long Island with a high-energy show