Pyn compiled a list of icebreaker games that can be done virtually—along with instructions on how to play them—from sources across the web.
– Andrey_Popov // Shutterstock

The COVID-19 pandemic has significantly impacted the way work is conducted across the U.S. A little more than a third of jobs involve teleworking at least part-time, according to a March 2022 survey from the U.S. Bureau of Labor Statistics. This is an uptick from pre-pandemic numbers, as nearly 1 in 3 employers increased telework during the pandemic. The Pew Research Center reported in February 2022 that the majority of workers whose jobs can be done remotely are choosing to continue teleworking even as offices reopen.

With more employees teleworking, employers must consider how to keep staff engaged and prevent feelings of isolation. Icebreaker games are one way to foster relationships among virtual co-workers. Psychologist Anton Villado outlines three main purposes to effective icebreakers: They decrease anxiety within the group, allow the facilitator to model expected behavior or set the tone for a meeting, and encourage individuals to open up and share about themselves.

Pyn compiled this list of icebreaker games that can be done virtually—along with instructions on how to play them—from sources across the web. Keep reading to learn 10 fun ways to promote engagement among employees who work remotely. 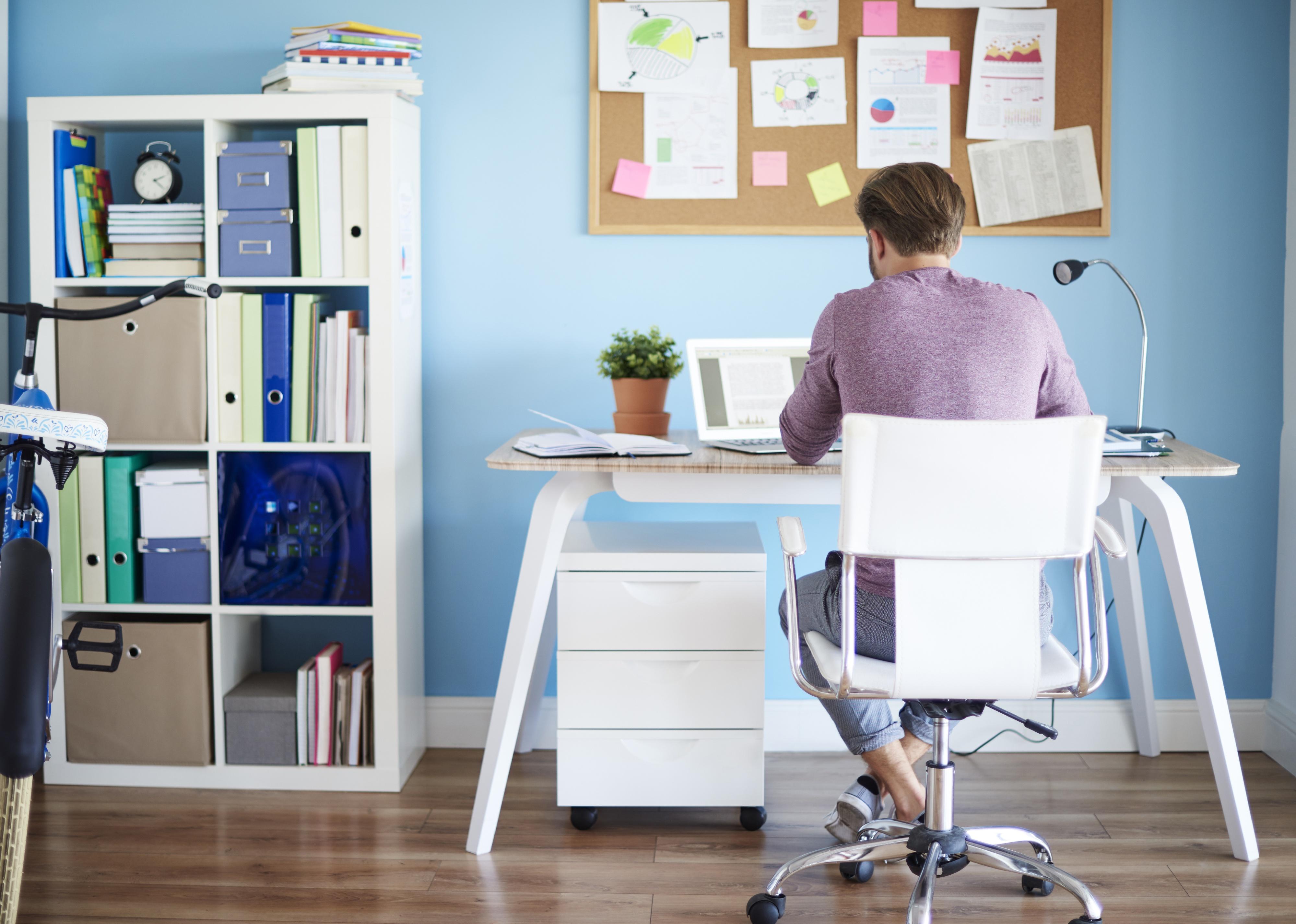 The View from My Office

The View from My Office is an icebreaker specifically for teams that do not work together in a traditional office setting. This game requires advance notice for employees to prepare, as they will be showing their personal workspace—typically in their own homes—to one another.

There are two options for how to play: using webcams to share a real-time view during the meeting or taking pictures of the view in advance. Employees can also be given the freedom to choose what aspects of their workspace they wish to share. Some may want to show a full view of the room they work from, while others may wish to only show their desk setup. 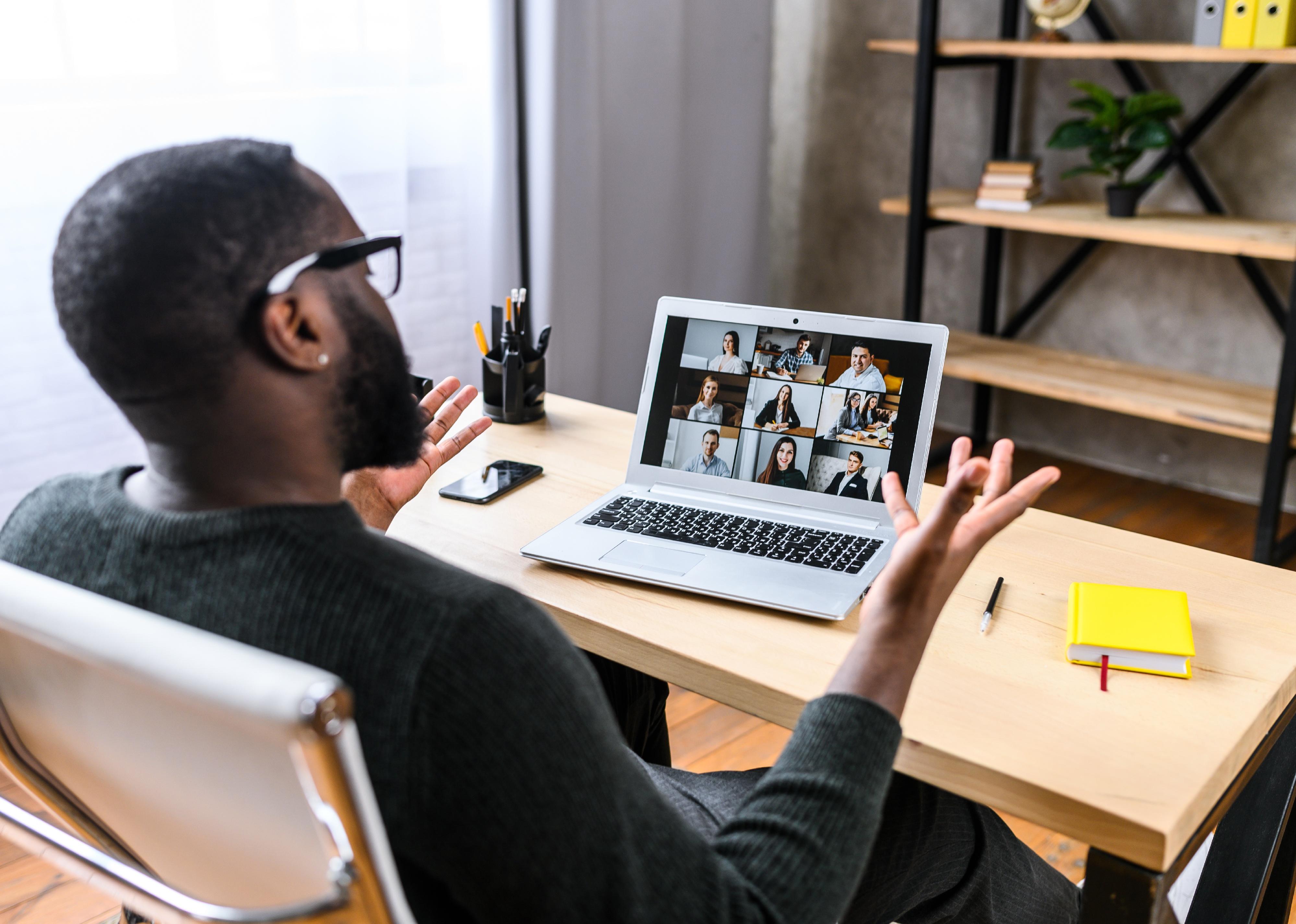 This or That is a classic icebreaker that can be done virtually just as easily as in-person. Members of the group take turns asking each other questions that have two possible, generally opposing, answers: Coffee or tea? Cat or dog? Sweet or savory? The person answering must choose which one of the two options they prefer.

To help co-workers interact and learn the most about each other, questions should include a range of topics and players can ask each other to explain their answers. A list of questions can be generated in advance for larger groups—there are many possible This or That questions online—or participants can make up questions as they go. 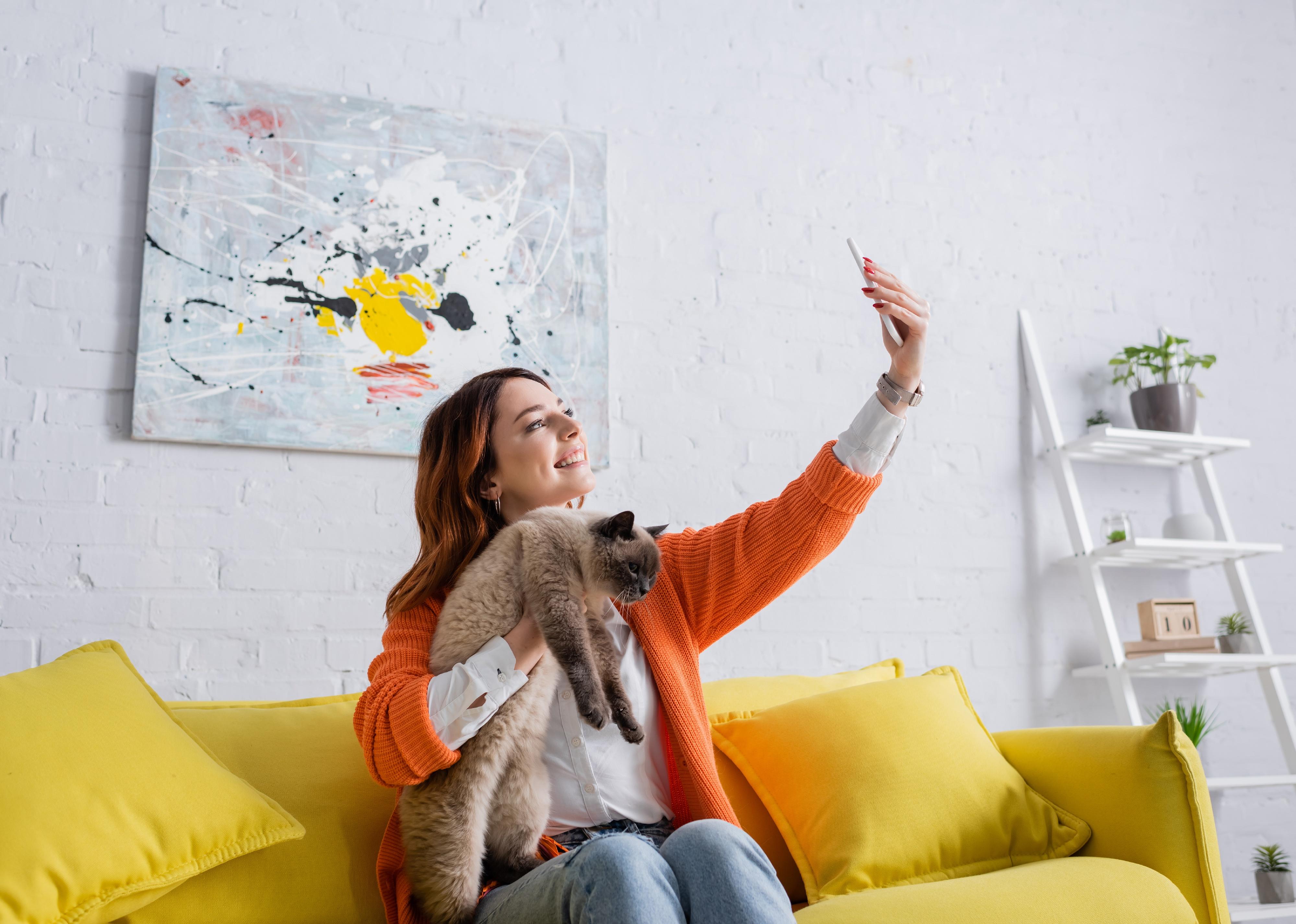 Take a picture of…

Sometimes work meetings need an activity to break up the agenda and get creativity flowing. Take a picture of… is a game where employees are asked to take and then share a picture with the group. The meeting leader can request pictures of anything, ranging from the shoes each employee is currently wearing to the view out their closest window.

When everyone has taken a picture, each individual gets a few minutes to explain their photo. The game can be modified by having staff take just one picture each if the group is large or multiple pictures if the group is smaller. 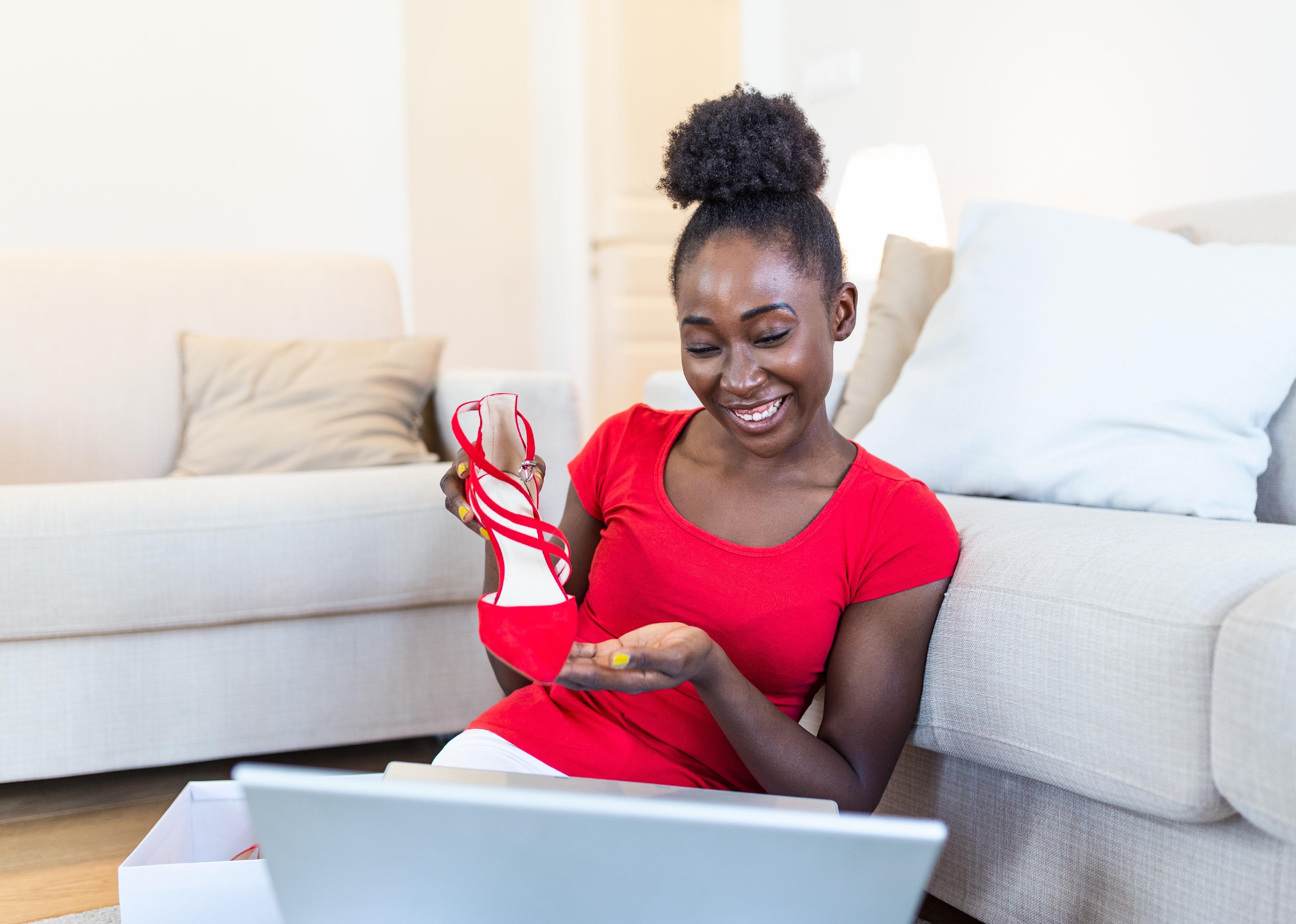 Show and tell isn’t just for kids. It’s also a great way to build connections among team members who work virtually. Staff should be told a few days in advance to select an object that has special meaning and prepare to talk about it in the meeting. This is a good icebreaker to use in larger groups, but a timekeeper should be designated to keep the game on track.

Each person is given a set amount of time—just a minute or two is plenty—to share their object via webcam and explain why they chose it. The rest of the group can then ask follow-up questions, with the goal of learning more about the presenter. 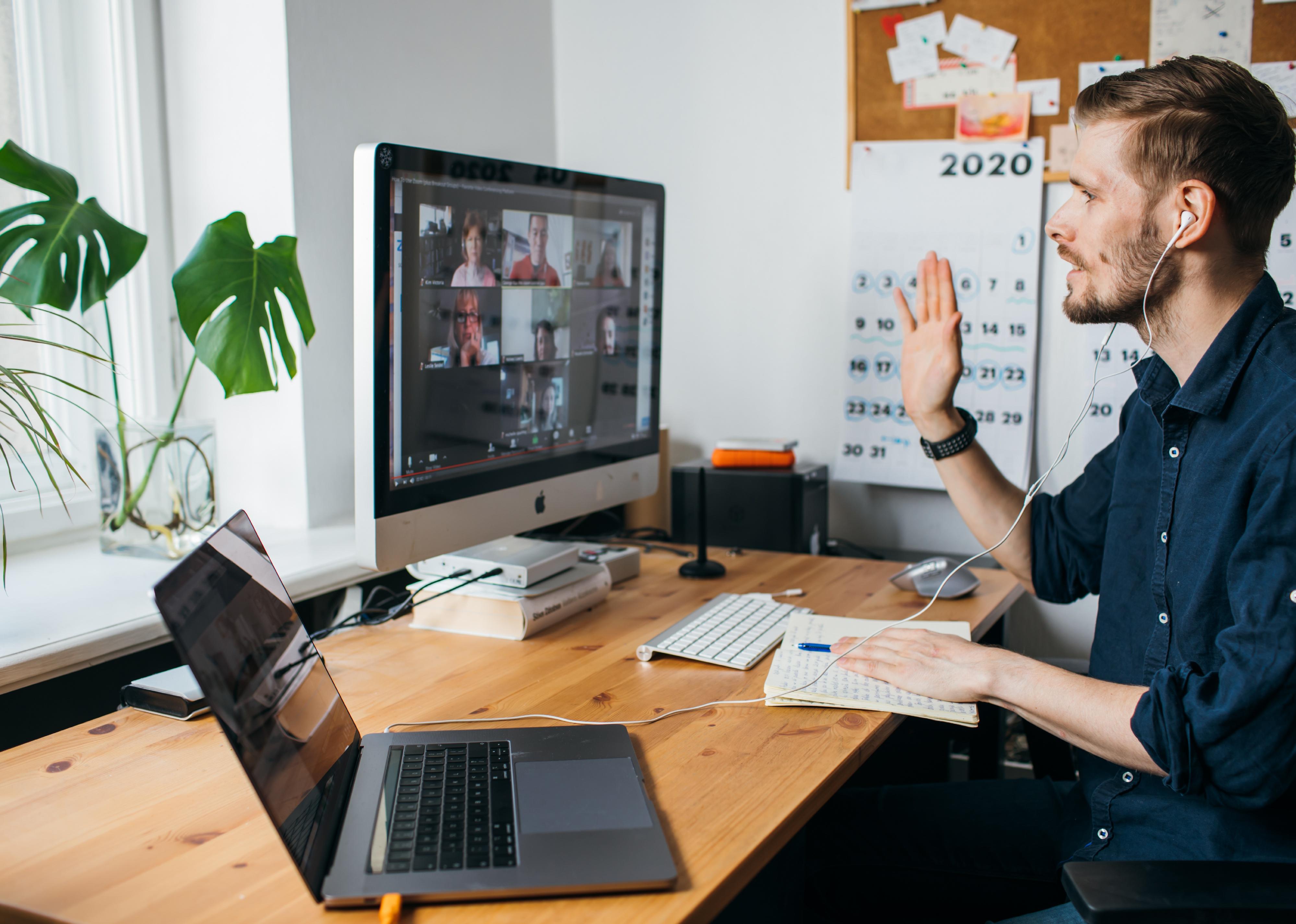 For team members who may not know each other very well, a virtual scavenger hunt is a perfect icebreaker that allows everyone to jump on the same task without sharing anything too personal. It is also an easy activity to implement with any sized group.

Everyone is given a list of items to find within a set amount of time and the person who finds the most items wins. There are also a number of variations to the game to make it more challenging and exciting. For example, rather than finding items in their physical home or workspace, staff can be asked to find a list of items online. Or a list of clues can be given, challenging participants to solve riddles to learn what items they must search for. 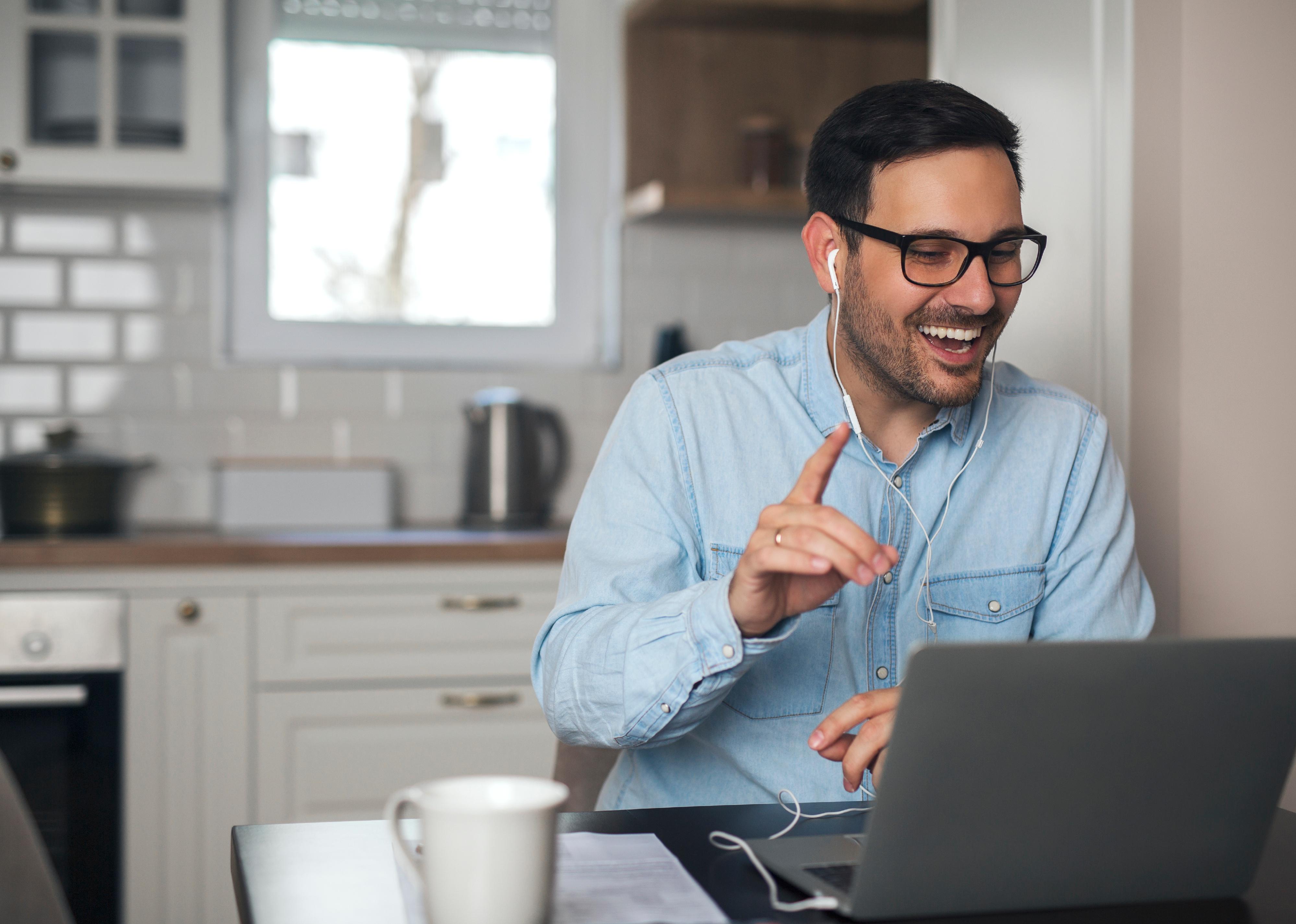 When used as an icebreaker, trivia games foster interaction and bonding among team members, especially those who may be new. Trivia is extremely easy to play virtually with any size group; the game can be played individually for smaller groups or in teams for larger groups.

A list of trivia questions should be prepared in advance of the meeting, but the format can vary from multiple choice to fill-in-the-blank. Questions can be answered aloud or through forms on a virtual meeting platform. There are also many existing versions of trivia available online, including those based on popular TV shows like “Jeopardy!” and “Who Wants to Be a Millionaire?” 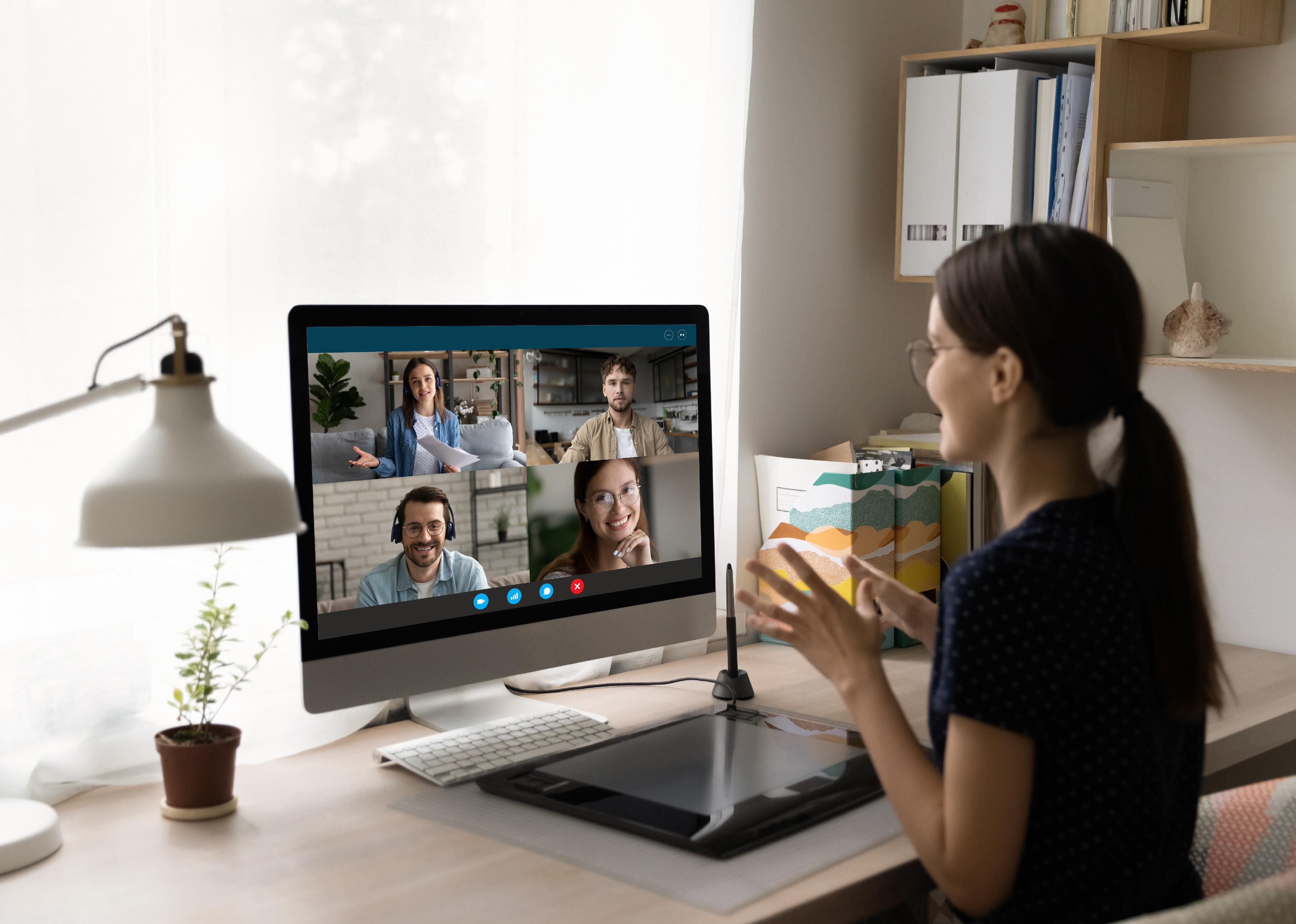 For smaller groups, collaborative storytelling is a quick icebreaker that easily engages all participants. The group or meeting leader starts by beginning to tell a story with just a single sentence. The next person then follows by adding on another sentence, and so the game continues.

The goal is for the group to work together to create a coherent story one sentence at a time. This game often leads to lots of laughter as players steer the storyline in unexpected directions. 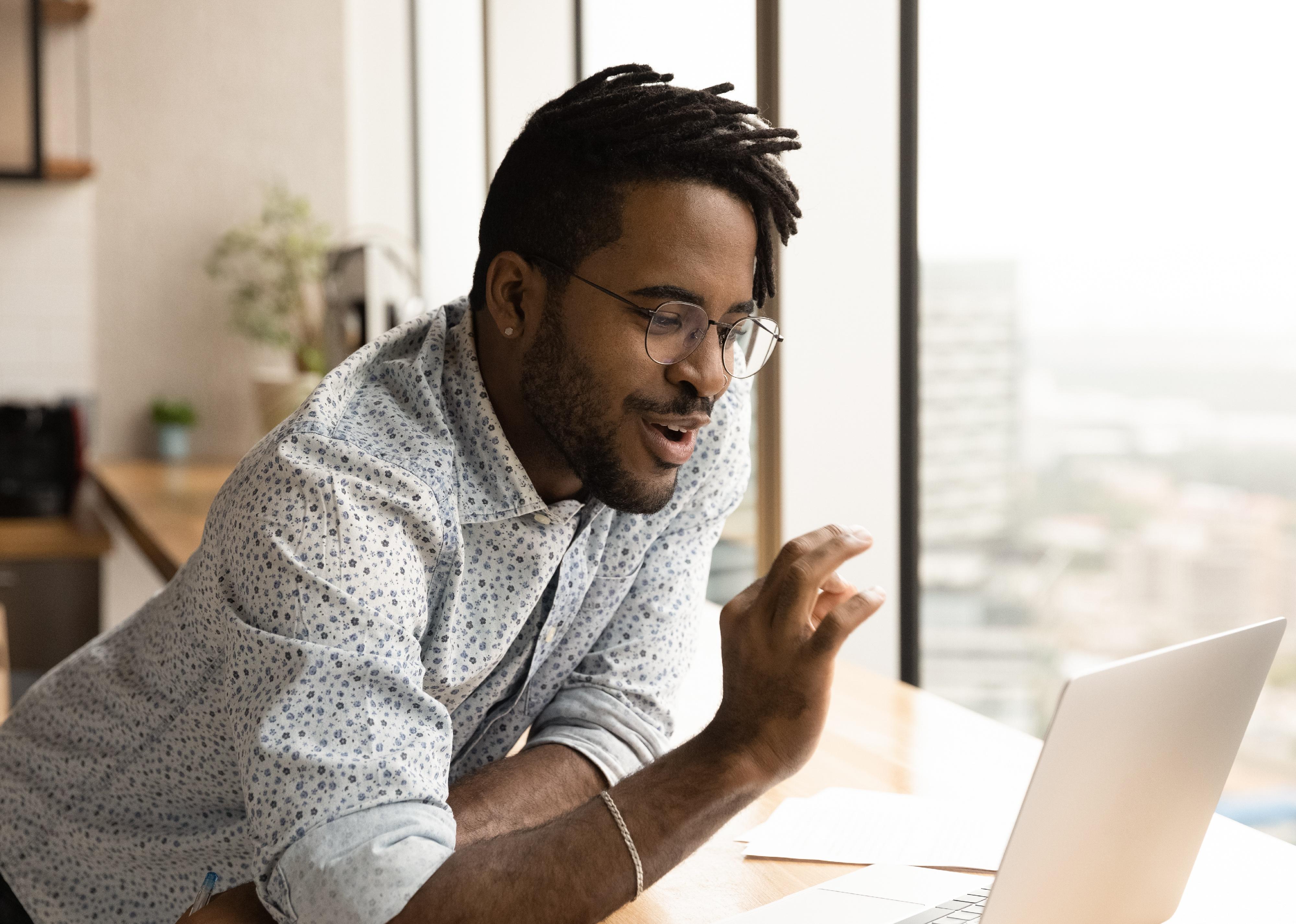 Two Truths and a Lie

Two Truths and a Lie is played exactly like it sounds: Each participant gives three statements about themselves to the group, two of which must be true and one that is a lie. The group members then guess which statement they believe is a lie. After everyone has guessed, the lie is revealed, and the play continues on to the next person.

Although this game can be played with groups of any size, it is best suited for smaller groups. Leaders may want to inform their teams of the game in advance so each employee can prepare their truths and well-rehearsed lies. 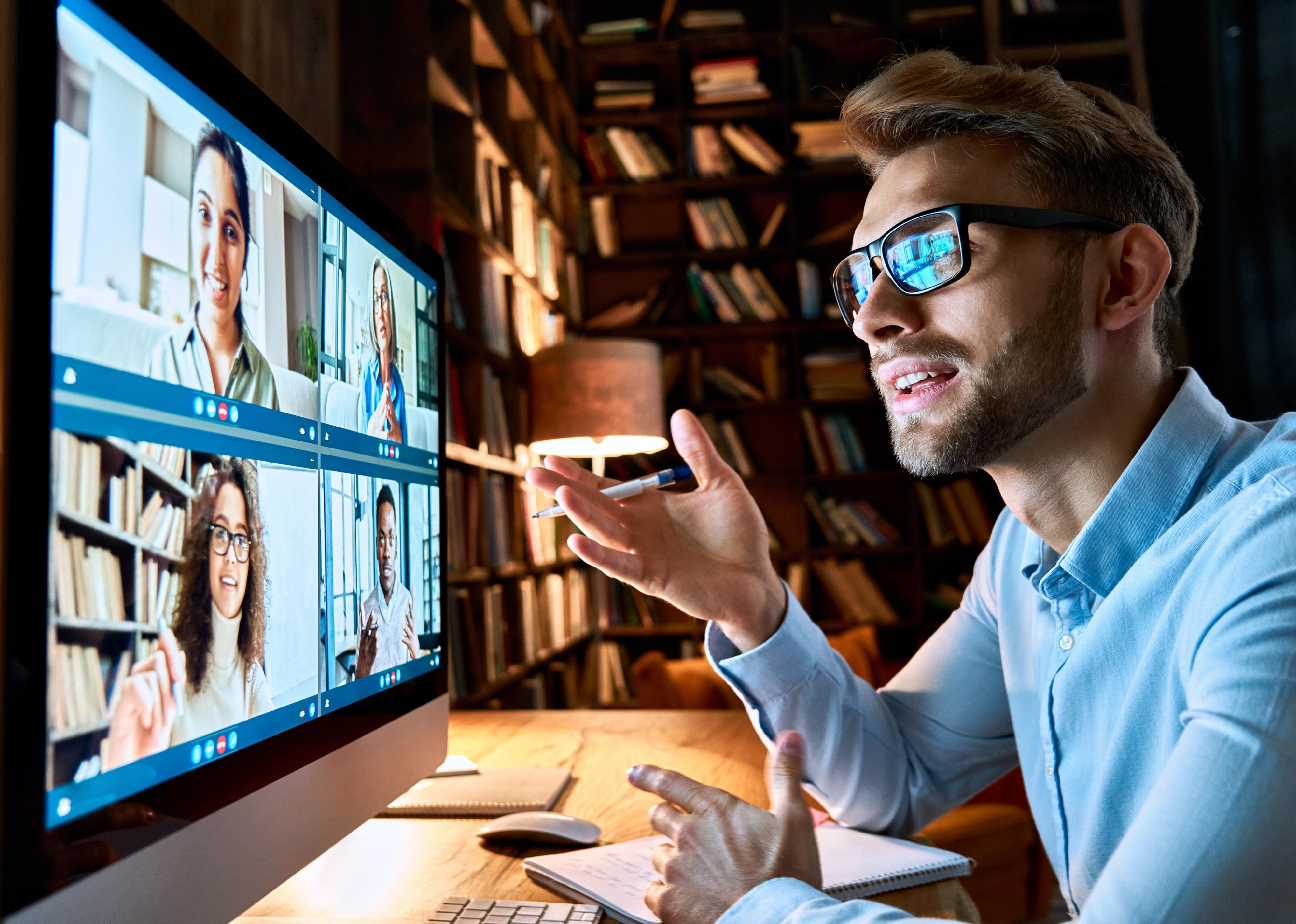 Common Ground is typically played in person, but it can be adapted for use with teleworkers when break-out rooms are available for virtual meetings. This icebreaker works particularly well with groups that are not well acquainted, as it promotes getting to know one another.

Participants are divided into smaller groups to identify things they have in common. Groups can be given a list of items developed in advance—or they can work together to generate their own ideas—to identify as many commonalities as possible before time runs out. This activity also promotes thinking outside the box, as things in common can stretch beyond obvious things like appearance to lesser-known aspects of their lives—like the color of their first car or their first jobs. 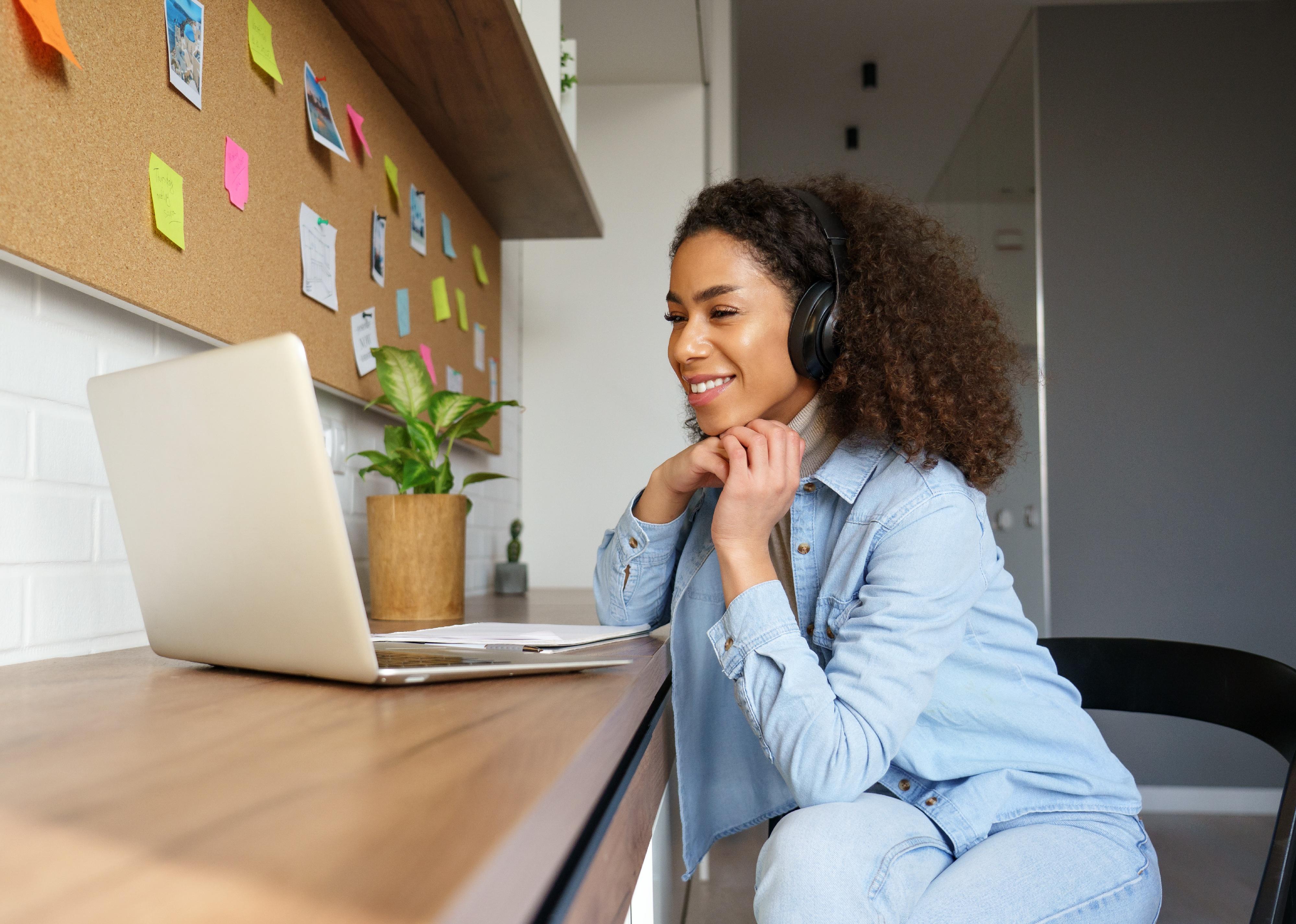 Bingo is a well-known game that can be played with any size group, so adapting it for virtual use is simple. Pre-made bingo cards are available online to make prep for this icebreaker even easier.

Bingo cards are filled with activities a remote worker is likely to do or things they are likely to say: activities like standing up to stretch and statements like “Can you hear me?” Employees are asked to track their activities over a certain amount of time, such as a day or a week, and the first one to get bingo wins. Leaders can make the game harder by requiring employees to fill in more than one row or column, a specific pattern, or completely cover the card to win.

This story originally appeared on Pyn and was produced and
distributed in partnership with Stacker Studio.

Review: ‘Prescription for Love’ is a charming new film on Great American Family

Caeleb Dressel takes a break from swimming, and promises his return to the sport