In a pre-proof study from the journal Results in Physics, researchers have developed a dual charge-coupled device laser system to detect the atmospheric aerosol and evaluate the errors of the Mie Scattering Light Detection and Ranging (Mie-LiDAR) system in the transition zone. The proposed system quantified the LiDAR signal uncertainty and generated improved aerosol extinction coefficient profiles. 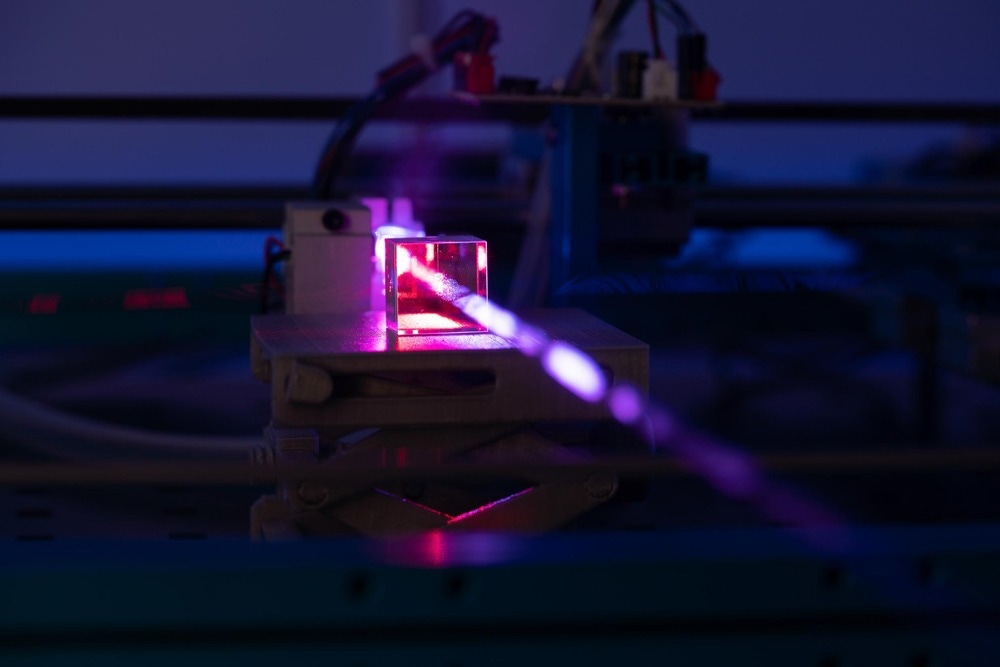 Study: Method to evaluate errors of Mie-Lidar in the transition zone with a dual CCD laser system. Image Credit: luchschenF/Shutterstock.com

The effects of aerosols on climate change, the Earth’s radiation, and human health are substantial. They are also thought to be the most significant contributors to the total uncertainty in radiative forcing. Therefore, it is crucial to study tropospheric particles’ spatial and temporal distribution to understand aerosol radiative forcing.

Most aerosols are found in a few-kilometer-thick layer close to the Earth’s surface. This layer is commonly referred to as the atmospheric boundary layer. Aerosol types, chemistry, and concentrations can vary greatly and depend heavily on altitude. Therefore, aerosol distribution is evaluated as a function of height.

Mie-LiDAR for the Detection of Atmospheric Aerosols and Its Limitations

Since the Mie-LiDAR system has been utilized for atmospheric detection, it has steadily evolved into an essential instrument for determining the vertical distribution of atmospheric aerosols.

However, the geometric design of Mie-LiDAR generates a non-overlapping section between the laser divergence angle and the receiving angle called the transition zone, which causes uncertainties in the detection of atmospheric aerosol. The geometric overlap factor (GOF) is often used to rectify the LiDAR signal in this region.

Although some progress has been achieved with relevant studies, these errors are difficult to eradicate owing to hardware system limits and atmospheric variables. In addition, it is challenging to determine accurate aerosol concentration near the transition zone.

Introduction of Charge-Coupled Devices in LiDAR

The bistatic imaging LiDAR technology was designed to detect fog, aerosol, and clouds at a lower altitude. It has a charge-coupled device (CCD) camera that often acts as the receiver and is physically separated from the laser. Various studies have shown that employing a CCD camera in LiDAR technology to receive laser scattering data is valuable.

In this study, a dual charge-coupled device laser system (DCLS) was designed to analyze the inaccuracy of Mie-LiDAR in the transition zone. Continuous experiments and multiple joint measurements were conducted. The aerosol extinction coefficient profiles obtained with DCLS and Mie-LiDAR were compared.

A new optical path was developed, and a custom-designed frame fixed the positions of the laser and CCD. The degree of linear fit was computed, and the relative error was evaluated.

Furthermore, a more precise extinction coefficient profile encompassing the whole boundary layer was generated by merging the data gathered by DCLS and Mie-LiDAR in their respective dominating detection areas.

Significant Findings of the Study

The designed DCLS accurately retrieves atmospheric aerosols in the uncertain Mie-LiDAR region. Furthermore, the DCLS system is more portable, compact, and cost-effective due to the redesigned optical route and R-frame architecture.

The proposed DCLS has a much smaller blind zone, only 8 m, than Mie-LiDAR. It can supplement the uncertain regions of the backscatter lidars while simultaneously evaluating the GOF errors.

The DCLS provides a detailed evaluation of the atmosphere in the transition zone, and its spatial resolution of 1×10-3 m can be used as a benchmark by Mie-LiDAR. Accurate vertical distribution of aerosols within the atmospheric boundary layer can be obtained with the proposed DCLS.

Various measurements show that the DCLS is highly accurate below 1 km and that the accuracy increases with proximity to the ground. Therefore, the DCLS can accurately assess the Mie-LiDAR’s inaccuracy in the transition zone.

The proposed DCLS has the potential for use in preventing and tracking atmospheric boundary layer pollution.

Could Ukraine assassinate in Russia? Maybe, but doubtful

Canada hunts suspects in a stabbing spree that killed 10, wounded 15