A Mexican judge on Wednesday ordered a former attorney general to stand trial in the case of 43 students whose murky disappearance in 2014 traumatized the nation.

Jesus Murillo Karam will be tried on charges of forced disappearance, torture and obstruction of justice, the Federal Judiciary Council said after a court hearing in Mexico City.

He is considered the architect of the so-called “historical truth” version of events — presented in 2015 by the government of then-president Enrique Pena Nieto — that was widely rejected, including by relatives.

Murillo Karam, a former heavyweight of the once-dominant Institutional Revolutionary Party (PRI), is the most senior figure charged so far in connection with the case, which triggered international condemnation. 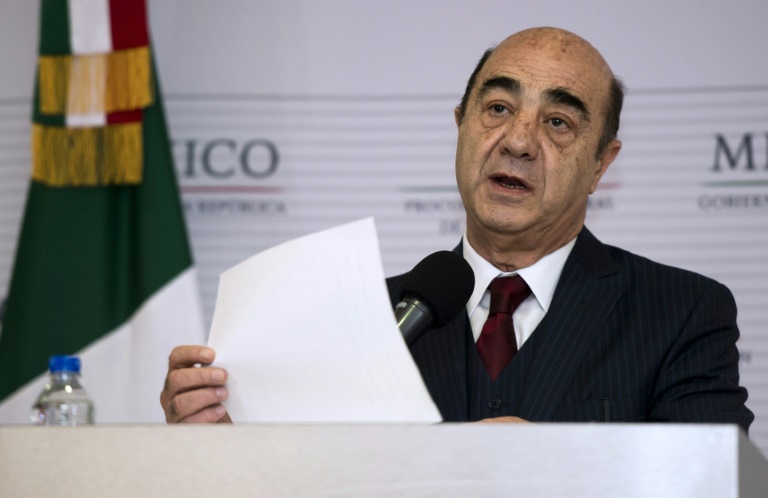 The teaching students had commandeered buses in the southern state of Guerrero to travel to a demonstration in Mexico City before they went missing.

Investigators say they were detained by corrupt police and handed over to the Guerreros Unidos drug cartel, which mistook them for members of a rival gang, but exactly what happened to them is disputed.

According to the official report presented in 2015, cartel members killed the students and incinerated their remains at a garbage dump.

On Thursday, a truth commission investigating the atrocity branded the case a “state crime” involving agents of various institutions.

It said that military personnel bore at least partial responsibility, either directly or through negligence, contrary to the “historical truth,” which did not attribute any responsibility to members of the armed forces.